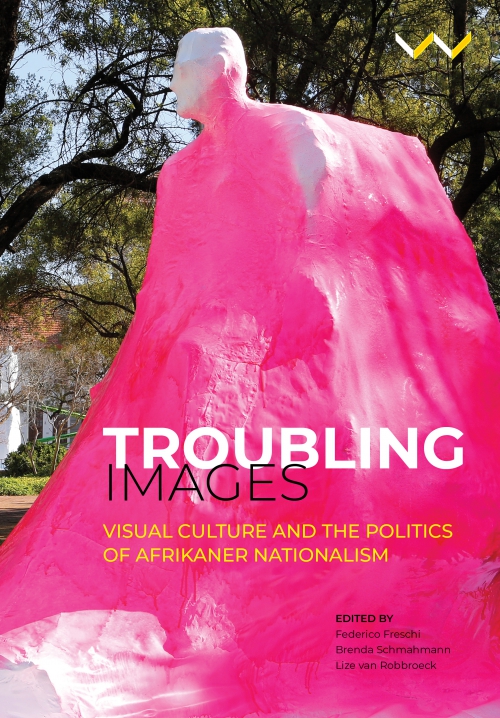 Troubling Images: Visual Culture and the Politics of Afrikaner Nationalism

Focusing on manifestations of Afrikaner nationalism in paintings, sculptures, monuments, buildings, cartoons, photographs, illustrations and exhibitions, Troubling Images offers a critical account of the role of art and visual culture in the construction of a unified Afrikaner imaginary, which helped secure hegemonic claims to the nation-state during South Africa’s apartheid years.This insightful volume examines the implications of metaphors and styles deployed in visual culture, and considers how the design, production, collecting and commissioning of objects, images and architecture were informed by Afrikaner nationalist imperatives and ideals. While some chapters focus only on instances of adherence to Afrikaner nationalism, others consider articulations of dissent and criticism.By ‘troubling’ these images: looking at them, teasing out their meanings, and connecting them to a political and social project that still has a major impact on the present moment, the authors engage with the ways in which an Afrikaner nationalist inheritance is understood and negotiated in contemporary South Africa. Troubling Images adds to current debates about the histories and ideological underpinnings of nationalism and is particularly relevant in the current context of globalism and diaspora, resurgent nationalisms and calls for decolonisation.