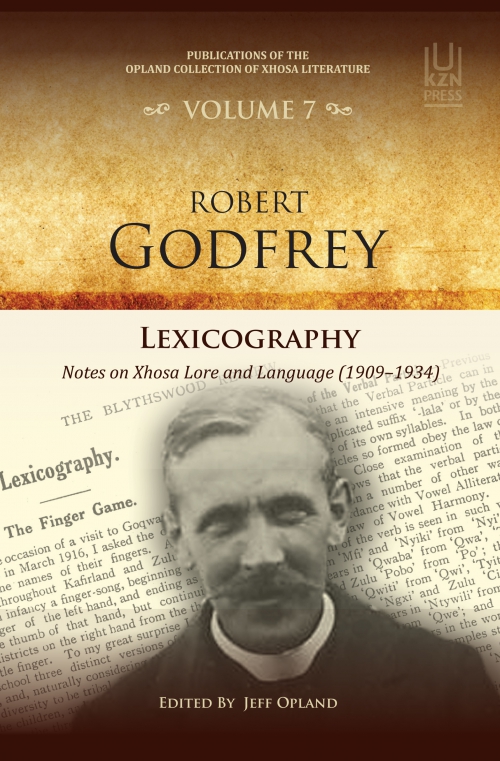 Robert Godfrey’s major contribution to Xhosa-language studies is his revised and expanded edition, published in 1915, of Albert Kropf’s classic Kafir-English Dictionary (1899). As a member of the staff of the Blythswood Institution, Godfrey edited the Blythswood Review, and in 1924, in preparation for a third edition of the Dictionary, he commenced an extended series of articles under the title Lexicography. Through these columns he invited his readers to supply him with the Xhosa names for birds and animals. The scope and range of the articles expanded, and he increasingly incorporated into his column quotations from pupils’ essays on Xhosa lore and language. Selections from these articles comprise Godfrey’s Bird-lore of the Eastern Cape Province (1941), now long out of print, and an article that Godfrey wrote on John Bennie (1934), but the articles as originally printed and as assembled here contain considerably more information, on a wider range of topics, and demonstrate the development of his knowledge. Godfrey’s contributions to the Blythswood Review contain invaluable knowledge on aspects of the domestic lives and language of the Xhosa-speaking peoples, much of it expressed in the Xhosa words of his informants, information on proverbs and riddles and taboos, on children’s games and bird-lore, on hlonipha words and the Xhosa words for flora and fauna, on the months of the year and place names, on Xhosa grammmar and the linguistic achievements of John Bennie, whose transcription of the Xhosa language became the earliest standard spelling system. Also included in this volume is an extensive collated list of lexical definitions intended for inclusion in the third edition of the Dictionary, which in the event was never published. Altogether, this collection of Godfrey’s articles constitutes a significant source of information on the folklore of the Xhosa-speaking peoples and the state of their language in the early decades of the twentieth century.