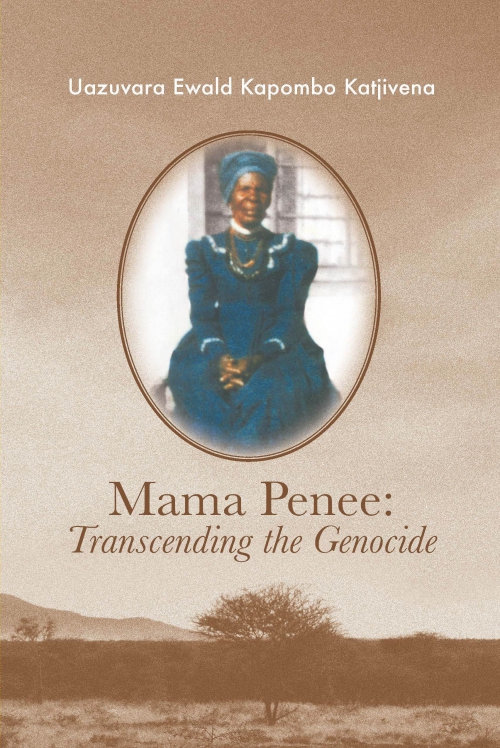 Jahorora Petronella Inaavinuise, who came to be known as Mama Penee, was a young girl of eleven when her parents were shot in cold blood before her during the genocidal war in Namibia of 1904 – 1908. Waved away from the scene by a German soldier, she realised that it was her destiny to live. Finding water and food for herself and learning to avoid danger, she spent several months in hiding in what was then central German South West Africa. Courageous and self-sufficient, she learned lessons in wisdom, calm, and what is truly important in life, lessons which she later imparted to her grandchildren in ways both ingenious, frustrating and challenging to them. Her extraordinary personal qualities and influence shine from this story, told by one of her grandsons with the insight and understanding gained over a lifetime of reflecting on his grandmother.

Foreword - A living Witness of History
Preface and Acknowledgements
Part I: Born to Survive
The Tree of Origins
Inherited Peace and the Threat of War
When Fear Isn’t Enough
The Long Journey
The Way to Survival
Pleasantness
Humiliation at Work
Mama Penee gets Married
Settling in Okakarara  (9 chapters)
Part II:  Challenging Power
When the Beat Changes so does the Dance
“What Did You Learn at School Today?”
Snakes and White Cattle
The Power of Interpretation
The Need to Know and Understand
Who is Hurt?
The Fable about the Stomach
Who Owns the Fruit?
The Languages God Speaks
Laundry
The Taste of Sugar
Childhood Friends Come Face to Face
Deplorable Acts
What is Freedom?
Accepting the End of Life (15 chapters)
Bibliography
Biography: Who is Katjivena?