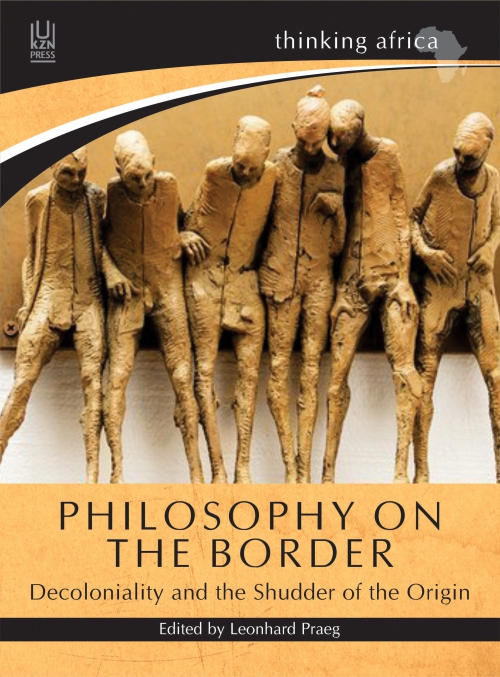 Philosophy on the Border: Decoloniality and the Shudder of the Origin

In 2015 and 2016 institutions of higher education across South Africa exploded in a series of protests/revolts, collectively referred to in this volume as #MustFall. An important sub-discourse articulated the student protests/revolt as an iteration of the founding of South Africa as democratic Republic. As such, the protests/revolt constituted a total onslaught on the politico-juridical and epistemological order, which is, in many ways, a continuation of old apartheid into democratic South Africa. This shudder reverberated through the very foundations of the new Republic and its institutions of higher learning and acted as a catalyst that once and for all propelled us beyond sentimental nationalist notions of ‘Africanising’ this or that and talk of ‘transformation’ carefully circumscribed by neo-liberal commitments to maintaining the status quo. The essays in this volume are direct or indirect responses to that shudder. They either directly address some aspect of #MustFall or discuss debates that pre-date the movement, but have gained renewed interest and urgency, in part, because of it. A shudder of the origin, being what it is, can never be addressed or even outlined in its totality. The objective of this collection of essays is therefore to simply walk along the fault line that has opened up as a result of that shudder in order to trace some of the contestations between Subject (philosophy) and subject that have emerged as a result of it; a fault line where the disciplinary nature of a Subject is being questioned and interrogated by subjects who will no longer be disciplined by it.

Foreword by Uchenna Okeja
Prologue
Chapter 1 Philosophy on the Border
Chapter 2 How Should We Teach the History of Philosophy Today?
Chapter 3 Scholarly Cognition, Place and the Event
Chapter4 Curriculum in Times of Decolonisation: Reflections on Knowledge,Power and Identity at the University of the Free State
Chapter 5 Totality by Analogy; or: the Limits of Law and Black Subjectivity
Chapter 6 Adam Small’s Shade of Black Consciousness
Chapter 7 Phármakon: Race, Imitation and Closure
Notes on the Contributors
Index
Download UKMarc Download Marc21