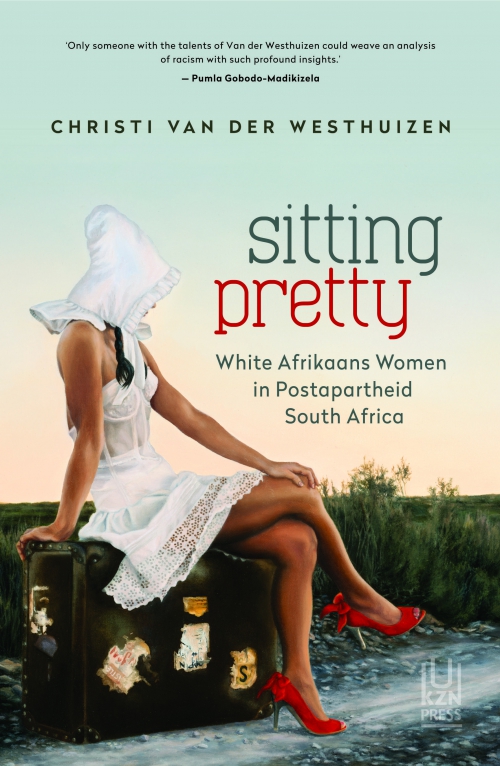 At the opening of South Africa’s first democratic parliament in 1994, newly elected president Nelson Mandela issued a clarion call to an unlikely group: white Afrikaans women, who during apartheid occupied the ambivalent position of being both oppressor and oppressed. He conjured the memory of poet Ingrid Jonker as ‘both an Afrikaner and an African’ who ‘instructs that our endeavours must be about the liberation of the woman, the emancipation of the man and the liberty of the child’. More than two decades later, the question is: how have white Afrikaans-speaking women responded to the liberating possibilities of constitutional democracy? With Afrikaner nationalism in disrepair, and official apartheid in demise, have they re-imagined themselves in opposition to colonial ideas of race, gender, sexuality and class? Sitting Pretty explores this postapartheid identity through the concepts of ordentlikheid, as an ethnic form of respectability, and the volksmoeder, or mother of the nation, as enduring icon. Issues of intersectionality, space, emotion and masculinity are also investigated.

Acknowledgements
Introduction
In the Shadow of Ingrid Jonker
Chapter 1 ‘We’ll Put an Extra Little Sauce on’: Ordentlikheid, an Ethnicised Respectability
Chapter 2 Be Good to Yourself to Be Good to (White) Others: Sarie Magazine’s Technologies of Heterofemininity
Chapter 3 Silence, Service and White Sex: The Lives of the Volksmoeder
Chapter 4 ‘Keeping the Crown on His Head’: The Patriarchal Overseer
Chapter 5 ‘There is a Certain Closure’: Afrikaner Neo-Nationalist Enclaves
Conclusion ‘You Have Humiliated Me Terribly’: Ordentlikheid and the Transformative Potential of Shame
Notes
Select Bibliography
Index
Download UKMarc Download Marc21